Extradition of Lara would be defined next week 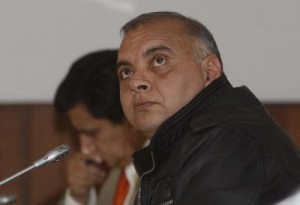 The Panamanian Foreign Ministry said that until yesterday in the afternoon they had not yet received a formal notice from the Supreme Court of his country on the fault in the extradition process against Galo Lara.

This Tuesday, the Supreme Court of Panama declared “unfounded” the objections raised by the defense of Lara.

Monica de Leon, General Director of the Information and Public Relations Directorate of the Ministry of Foreign Affairs of Panama, explained that once the institution is notified, the next step would be to put into consideration of the President Varela the decision on whether to proceed with the extradition of Lara.

“Since President Varela is participating in the General Assembly of the United Nations, this should happen approximately at the beginning of next week,” said the authority.