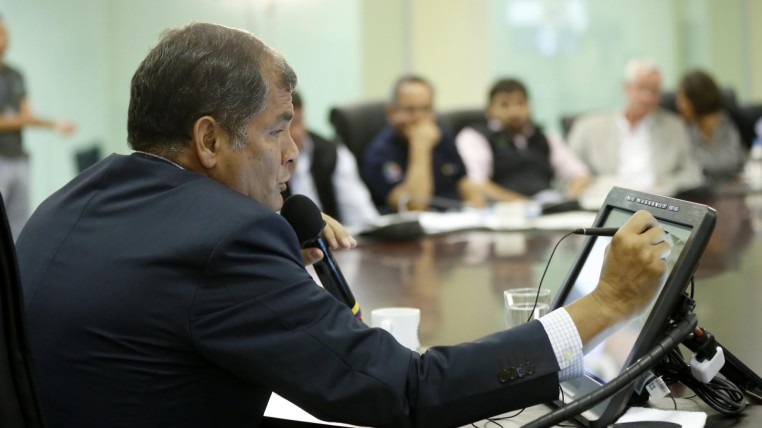 President Rafael Correa made some announcements about the reconstruction in the affected zones by the earthquake and the attention to the affected people, while he said that 663 deaths were left by the tragedy. When defending the measures and the approved laws for executing these jobs, the leader lambasted businessmen and politicians who opposed those laws.

In his program 476, which was aired from Quito, he praised the approval of the Territorial Order Law, which will end with the dangerous and messy increase, because he creates a superintendence that will control constructions that are not well done or that are made in inappropriate lands, that were the cause of many deaths.

The Solidarity Law will allow the reconstruction of Manabí and Esmeraldas, said Correa, who pointed that he will proceed to start the construction and repair of houses. The State will give $10.000 houses and the beneficiaries will only have to contribute $1.000 in long-term; while the repair will have a maximum help of $4.000, with a copayment of the 10%.

Ecuadorian exports to Spain grow 34,3% in the first trimester of 2016