Fall in public and private investment affects the construction sector 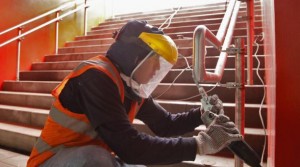 According to the Central Bank, there has been a slowdown in the economy compared to 2014 due to low oil prices and the dollar appreciation.

This would mean a drop in public investment, which directly impacts the construction sector, which according to the Central Bank will grow this year by 0%.

Private investment, key in a complex year like 2015, could also be affected after the Executive branch referred the project to raise the Inheritance Tax, which creates uncertainty in the business sector, and discourages investment and the family endeavor.