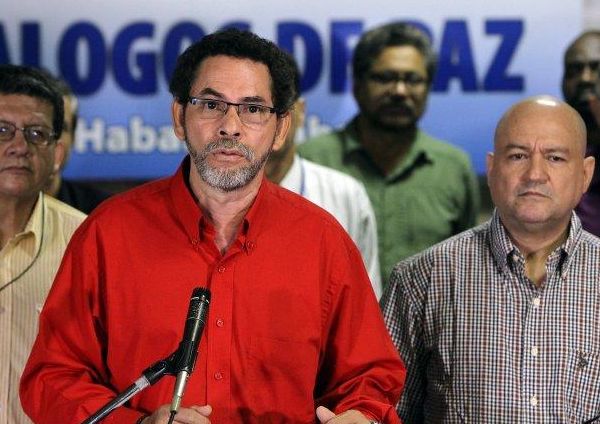 The Revolutionary Armed Forces of Colombia (FARC) confirmed this Tuesday that they have General Ruben Dario Alzate and two companions in their possession, who were kidnapped on Sunday in northwestern Colombia.

This retention caused that President of Colombia Juan Manuel Santos suspends peace talks with the group.

“Guerrilla units belonging to the Ivan Rios Bloc of the FARC-EP, exercising their security tasks, intercepted Mr. Alzate, sergeant Jorge Contreras Rodriguez and lawyer Gloria Urrego on Sunday in mobile checkpoints, in the Choco (west) department,” said in a statement the guerrillas.

“Once fully identified, although wearing civilian clothes, the three were captured by our units, because it is enemy military personal, which moves in the exercise of their duties, in the area of war operations,” state the FARC.

“We have the provision of this peace delegation to contribute to a prompt, sensible solution to this problem and that the talks should continue,” said rebel commander Pablo Catatumbo to reporters.