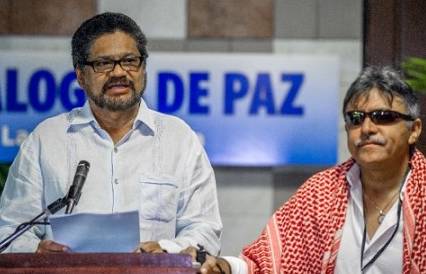 Negotiators from the FARC in the Dialogues of Peace today rejected the creation of the Transition Command announced by Colombian President Juan Manuel Santos.

“In no way FARC accept a military hierarchy to resolve issues that are political in nature by definition,” the chief negotiator for the Revolutionary Armed Forces of Colombia (FARC), Ivan Marquez told reporters

Marquez also called for “an emergency meeting to allow review and clarify the meaning of the agreement and resume bilaterality”.

Santos appointed General Javier Flórez, current Chief of Staff of the Armed Forces, in charge of the command, which would oversee the demobilization of the guerrillas and the delivery of weapons, according to the president.

The FARC representative stated that yet “we are not in the final stages” of talks, although the general Flórez has traveled to Havana and the government wants to give that impression.