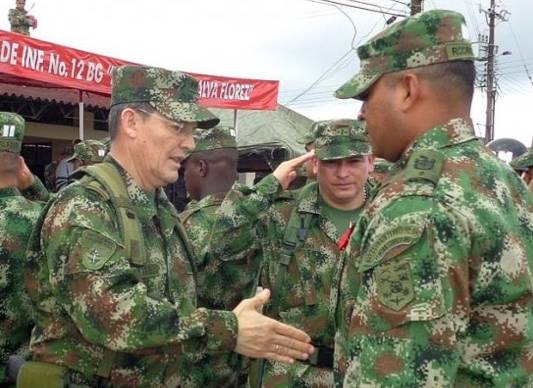 The FARC said on Sunday in Havana that the actions of the Colombian Army “endanger” the liberation of a general and other captives, including two soldiers, who could be released on Tuesday.

“While this situation is not modified it would be unlikely that next week General Alzate and his companions are brought back to freedom,” said a statement by the delegation of the Revolutionary Armed Forces of Colombia (FARC) in Havana.

The text, included in its website pazfrac-ep.org, however added that “if the protocol is strictly observed as on other occasions, we can state that next Tuesday the professional soldiers captured in combat in Arauca, may embrace the freedom.”

The government awaits the release of Brigadier General Rubén Alzate, Corporal Jorge Rodriguez and the lawyer Gloria Urrego, retained on Sunday 16 in Chocó, in western Colombia, and soldiers Cesar Rivera and Jhonatan Diaz, prisoners since Sunday 9 after combats in Arauca.

President Juan Manuel Santos said on Saturday that “the coordinates already were received. I am giving instructions to facilitate the release on next week.”