In the middle of the electoral period for the organization of the general elections of 2021, the prosecutor Diana Salazar initiated an investigation process against three members of the National Electoral Council (CNE): the president, Diana Atamaint, José Cabrera and Esthela Acero. 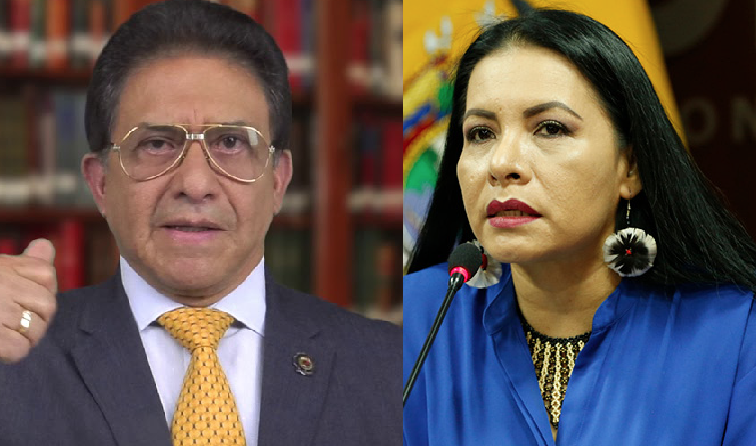 The process is under preliminary investigation, and Salazar notified the process to the National Court of Justice (CNJ) for the lifting of the ‘jurisdiction’, and to initiate the investigation for an alleged crime in the registration process of the political movement Acción Mobilizadora Independiente Generando Opportunities (FRIEND).

The complaint was presented by the politician Fausto Lupera , former Andean assemblyman and parliamentarian, against the three councilors because they approved with their votes, the registration of AMIGO on February 3, 2020 “in an irregular manner.”

In the process to obtain the legal status of AMIGO, actors close to former AP Assemblyman Daniel Mendoza and his provincial group Better participated.

At first, AMIGO began with the name of Mejor EC, similar to the Manabí Mejor movement, and whose president is Mendoza, now detained for acts of corruption in the construction of the Pedernales hospital.

On February 3, 2020, the Electoral Council approved the registration of AMIGO, and its president, Diana Atamaint, has denied that the political group is related to Daniel Mendoza.

Lupera is called to acknowledge his signature on the complaint and to render his version on September 4; and three other officials of the Council, are summoned on September 11.

As part of the judicial proceedings, the certified copy of the people who collected signatures for the registration of the movement, and the list of people who disenrolled from it, will be requested.

Article 19 of the Democracy Code establishes that the members of the CNE, and the judges of the Contentious Electoral Tribunal (TCE) while “exercising their functions may not be deprived of their liberty or criminally prosecuted, except in cases of flagrante delicto, sexual crimes , and gender violence without authorization from the plenary session of the National Electoral Council or the Contentious Electoral Tribunal, at the request of the corresponding Chamber of the National Court of Justice whose jurisdiction they enjoy. Nor will they have immunity in cases of domestic violence in which no jurisdiction is recognized.

And, Article 17 provides that: “No authority may deprive a counselor, judge or judge, member of an electoral body, official or electoral officer or delegate or delegate of a political subject, from freedom, when in office. of their functions, except flagrante delicto, sexual crimes and gender and intra-family violence ”.

Atamaint and Acero are also investigated by the Prosecutor’s Office, for the alleged crime of influence peddling, after the hiring of Luis Loyo , former director of Electoral Processes of the Council, and who is arrested for the same crime; and in turn is part of this research. (I)