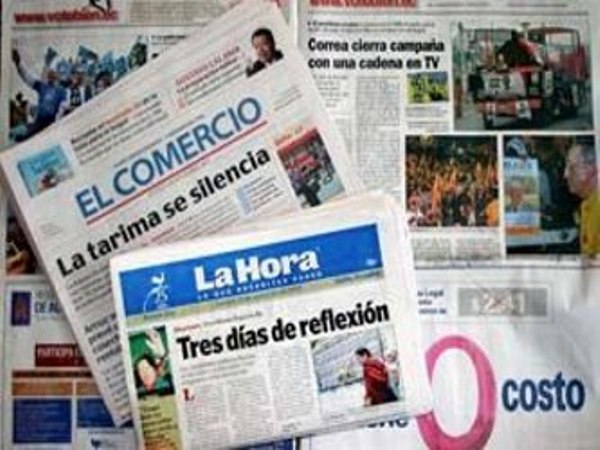 Freedom of the press in Ecuador recorded negative rates in 2016, according to reports published by two international organizations regarding the world day of this right.

Reporters Without Borders (RSF for its French acronym), an ONG based in Paris, and Freedom House, in Washington, placed Ecuador among the countries with “significant problems” and “without a free press,” respectively, in the measurements they conducted (separately) at global level.

The RSF states that Ecuador is placed this year in the position 109, one step below than in 2015, among 180 nations evaluated.

Freedom House puts Ecuador among the five countries in the Americas that “have no free press,” along with Mexico, Honduras, Cuba and Venezuela. Its ranking reaches 199 nations.

In addition, the NGO refers in a bulletin that in Ecuador, Cuba and Venezuela “the Government remains the main source of pressure for the media.”

The president of the National Union of Journalists (UNP), Guadalupe Fierro, said that international reports reflect a ‘reality’: that there are “restrictions on freedom of expression” in Ecuador.