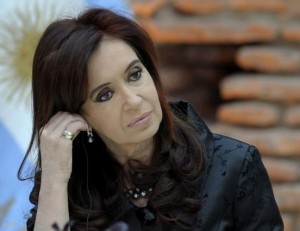 Argentina’s President Cristina Fernandez continues hospitalized this Thursday, so she canceled her participation in the G20 summit to be held next week in Australia, due to an intestinal infection that will require at least 10 days of rest, the government reported.

The president should rest after being discharged at a date still to be determined, according to the latest medical report.

“After discharge from hospital, which will be granted timely, the President shall maintain evolutive control rest in the residence of Olivos, being contraindicated the displacements, initially and at least for 10 days,” said the Presidential Medical Unit on Wednesday night.

Fernandez, 61, was hospitalized with fever and abdominal pain on Sunday at the sanatorium Otamendi of Argentina’s capital, where she was diagnosed with “sigmoiditis” (infection of the colon) with the presence of bacterias in the blood.