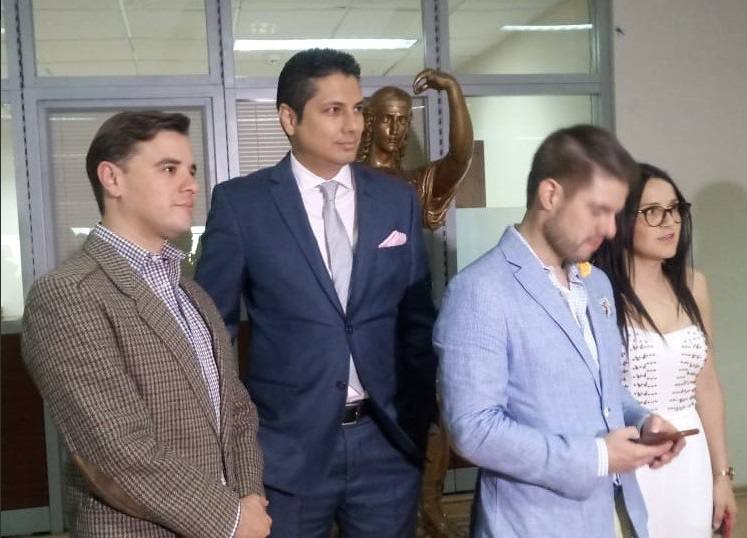 The political activist Fernando Balda will request tomorrow, in a hearing to replace the measures already issued against former President Rafael Correa, which obliges him to appear every 15 days before the National Court of Justice in Ecuador.

In its place Balda will ask that it be applied to the figure of preventive detention for not having complied with the disposition of a competent judge.

This once, according to Balda, Correa did not show up this Monday, July 2 until the deadline, 5:00 in Ecuador.

Correa is tried and investigated for allegedly being involved in the kidnapping of Fernando Balda in Colombia in August 2012.

“He has decided not to comply with the order of a competent judge who ordered him to come to Ecuador to appear every 15 days starting on July 2, at 5:05 pm, when the deadline for his presentation …” Balda said in Guayaquil this afternoon.

He added that he will request that Interpol be asked for the location and capture of Correa to be brought to Ecuador. He also announced that he will visit the Embassy of Belgium in Ecuador in the coming days to deliver the complete file of his trial so that “they are clear that Rafael Correa is not a political persecuted, but a seasoned criminal who committed an infraction before the laws of Ecuador”

He will also visit the Embassy of Spain to present the background of the file that links the former national intelligence secretary, Pablo Romero.

“Hence, if those countries decide to grant asylum to those who have committed serious crimes of state, that is up to each of those nations,” said Balda, who described it as a mockery on the part of Correa to appear at the embassy of Ecuador in Belgium.

“It seems that he is not aware of the reality he is living, he is subject at this time to a judicial process and must therefore respond within what is established by the norm …”, said the political activist.

He acknowledged that within the process it would be difficult to issue a sentence because the crime of plagiarism cannot be tried in absentia “then there the former president has a way out to evade justice, that is, he could be out of Ecuador for 7 years would prescribe the action … and could return after 8 years “.

However, he pointed out that being a state crime they will seek a way to make the crime a crime against humanity and be prosecuted in Ecuador, as well as other related crimes such as embezzlement, which according to Balda, Correa committed when financing with funds of the State a criminal act, what has prescription.

“Because of the crime of embezzlement, it is very possible that former President Rafael Correa has to be a fugitive all his life,” said Balda. (I)