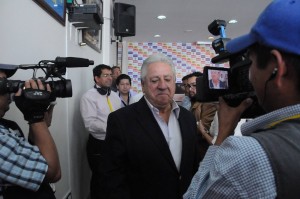 The name of Luis Chiriboga, president of the Ecuadorian Soccer Federation (FEF), is on the list of 42 managers who must “return tens of millions of dollars to FIFA.”

Two weeks after the election of Gianni Infantino as head of FIFA, the institution requested this Wednesday, that the US courts must recover the money of its former executives accused of embezzling more than 200 million dollars.

Immersed in the worst corruption scandal in its history, FIFA is basing its new investigation on a US research that acuses South Africa of having paid 10 million dollars in bribes. The investigation scandal also analyzes the bribes done with Jack Warner, who managed the deals and organization of the 2010 World Cup. (I)