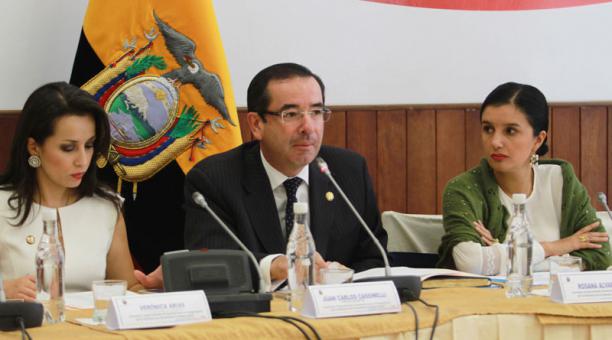 The debate of the Occasional Commission that deals the amendments to the Constitution is scheduled for Wednesday, November 26,and the report for the first debate in plenary of the National Assembly will be submitted on Friday, November 28 .

If all goes as expected by the members of this legislative table, on December 1st or 2nd the first debate will take place in plenary.

The Minister for Industrial Relations, Carlos Marx Carrasco, will be present at the the hearing, to pronounce on the amendments related with the transfer of public sector workers of the Labour Code to the Law of Civil Servants.

Veronica Arias, Vice President of the Commission, is looking optimistically all the work done by the legislative table. According to her, not only people who are in favor of the amendments, were heard but also those who oppose it . And for this, she mentioned the case of the Comptroller Carlos Pólit, who is against the reduction of powers of the Comptrollership.