Parallel to the conflict between YASunidos and the National Electoral Council, for six months the ministries of Non-Renewable Natural Resources, of Environment, of Justice and of Strategic Sectors have already been working the fields that make up the ITT or Block 43: Ishpingo, Tiputini and Tambococha, to prepare its oil exploitation.

Last Thursday the Biodiversity Commission , following up the Declaration of National Interest, read the exploration and exploitation reports submitted by the ministries.

Reports reveal that the process to begin oil exploitation is advanced and will begin with Tiputini, since “it provides more logistical access than Ishpingo and Tambococha (which are completely within the park ) (…) In those sites the operations will enter progressively down the road that must be built to install pipe, cable and optic fiber.” 80% of Tiputini is out of the Yasuni National Park.

Petroamazonas is responsible for the exploitation of Block 43 and is expected to produce the first oil barrels from Tiputini on late 2015. The estimated implementation schedule in the three fields goes up to 2018. 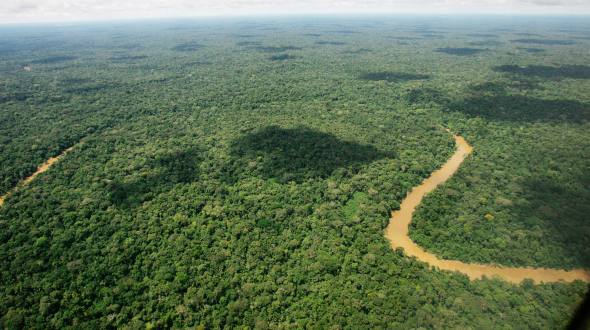 An air view of the Block 43 of the Yasuni National Park.