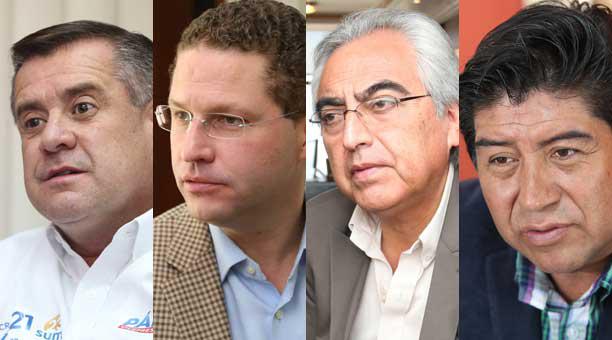 The political career for the Mayor of Quito started, a little over a year after the sectional elections. On the one hand, political organizations analyze the relevance of supporting figures with experience in public positions. And, on the other, the young Quito politicians (of different tendencies) are about to give life to a coalition.

SUMA, from the current mayor Mauricio Rodas, is betting on continuity. Guillermo Celi, national director of the organization, said that the board and the militancy want Rodas to run again. They even proposed it. And according to Celi that resolution will be difficult to change. They consider that Rodas deserves four more years in the municipal administration to complete the planned works.

The Mayor has not yet decided whether he will accept the challenge. I think he has also begun to evaluate his letters. On December 1 a new Movement headquarters was inaugurated in the Historic Center of the city. Last Thursday (January 4, 2018), César Monge, national director of the group, confirmed that there are about seven names in the folder. At the head is the ex-presidential candidate of the last elections, Andrés Páez. “It is indeed an option that I am meditating,” said the ex-legislator for Creo. Diego Salgado, another former member of the ranks, is also on the list. He says it would be an honor to manage Quito and that much of his life has been prepared as a politician and urban planner for that responsibility.

In the same organization, however, there is another trend. Expand the alliance spectrum towards the center-left of Quito. Assemblyman Fabricio Villamar is the main defender of this position.

They still do not know who will represent them as a candidate. They are concentrated for two and a half months in putting together a proposal for the administration of the city until 2023. They plan to invite other figures such as Fernando Carrión and Roque Sevilla to contribute their experience. The manifesto will be launched next May. And from there, the search for the candidate and the organization sponsoring the proposal will begin. Paco Moncayo, twice Mayor of Quito, also believes that the proposal should be a priority. Although he does not rule out being a candidate for the ID, he says that a generational change would be better. He would be willing to collaborate in the construction of a plan, with young people

In Alianza País (AP) the internal struggle that the organization is experiencing has slowed the pre-election work. Gustavo Baroja, prefect of Pichincha and provincial director ‘verdeflex’, assures that the appointment of candidates must be done “democratically” through primary elections. His name is one of those that sound strongly. Last Thursday he told this newspaper that he would accept a possible candidacy “if there is a decision of the Movement”. Only in Quito, for the vote of the referendum, 1.9 million voters are considered, according to the National Electoral Council. Of those voters, 38% are located in the south of the city. That is, it is the area with the highest voter density. That is why the attention of several political organizations has focused on the Assemblyman for Alianza País, Jorge Yunda.

He was the most voted candidate of that constituency in the last general election (223 305 votes). He recognizes that several parties and movements have proposed him to be their candidate. He mentions the Democratic Left, the Socialist Party, the Democratic Center and the Social and Solidarity Action Movement. “There is a great opportunity to do a mega-job in Quito it’s tempting,” said Yunda. (I)