A team of doctors carried out surgery through a robot on a patient from Solca, in Guayaquil. This is the first time that it has been carried out in this institution, as was reported this Monday, October 31, 2022. 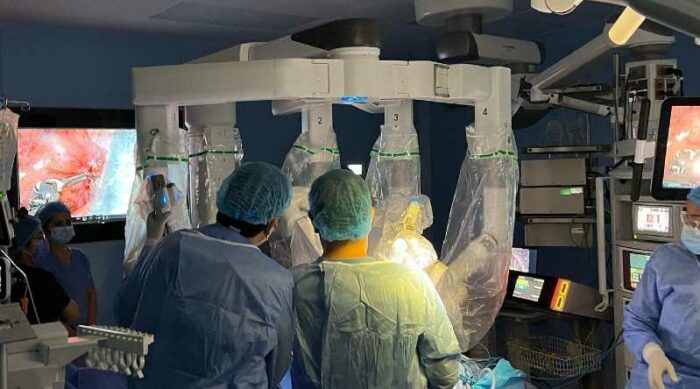 A team of doctors from Solca perform the operation with a robot.

This intervention was coordinated by the Spaniard Diego González Rivas, a thoracic surgeon, who invented a minimally invasive technique to perform lung surgery, with a single incision, and by using robotic arms.

González has been a pioneer in several types of surgeries, which have meant new life opportunities.

How was the operation?

The surgeon uses the robot’s arms as if they were his own during the operation.

The technique is called robotic uniportal and consists of operating on the patient by means of a robot, instead of making four or five incisions, as is common, they only make a 3-centimeter incision.

In that opening they adapt the arms of the robot to carry out the intervention. This reduces surgical aggression, allowing the patient to recover faster.

This technique is performed in thirteen countries around the world, and González also has medical teams in different parts of the world, such as India and Spain.