First step for the e-money to go to the bank 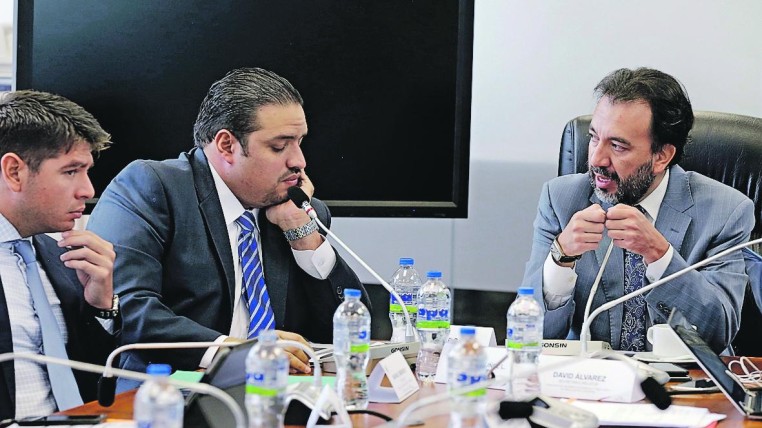 No and then yes. With seven votes in favor, the Economic Regime Commission yesterday raided the Executive’s veto that stated that the electronic means of payment should be administered by private banks and cooperatives, and not by the Central Bank of Ecuador.

The tug of war over the handling of electronic money does not end and the debate continues among the government authorities.

On November 24, the assemblymen of the correísta wing of PAÍS changed Moreno’s proposal so that the electronic money remains in the hands of the ECB and not under the administration of private banking, just as President Lenín Moreno had offered it.

Yesterday, Assemblyman Franco Romero said that electronic money in the hands of the ECB has not worked and should not insist on that same scheme. “We must pave the way for the veto of the President of the Republic, since it is banking that should handle the electronic media. We are not talking about money anymore, “he said.

Given this approach, the Assemblyman for PAIS and President of the Commission, Pabel Muñoz, said that being in a dollarization, the economy is good to use less cash and more electronic money. However, he noted that the Central Bank has sought to strengthen the reduction of cash through electronic money, so he suggested that the bill remain as approved in the first debate.

The Assemblywoman for CREO-SUMA Gabriela Larreátegui said there is no confidence and that it should be clarified that President Moreno’s veto eliminates electronic money and seeks to promote the use of electronic media. While Mae Montaño said that the most redeeming of the presidential veto is to pass to the hands of the bank electronic money and supported the motion of Franco Romero.

Assemblyman Esteban Melo assured that it is negative that the Central Bank results harmed, “which is the bank of banks. The fact that you say you do not have confidence in the ECB means that you do not have confidence in the entire State and that ends up hurting everyone, “he said. The Economic Regime Commission divided the executive’s veto into 14 points, of which 7 were positively reported.

The report is not binding. According to Muñoz, it is expected that next week the Plenary of the National Assembly will vote on the proposals made by Moreno. SAM The e-money did not work Assemblyman Franco Romero said that the money in the hands of the Central Bank has not yielded results, so it is not advisable to maintain the same formula. In order to strengthen the electronic media, citizen confidence is required. Stay at the Central Bank.

The president of the Economic Regime Commission, Pabel Muñoz, insisted that electronic money remain in the hands of the Central Bank of Ecuador. The legislator said that the entity has sought to encourage the use of electronic media. (I)