Five Oil companies will work in Ecuador in 2011 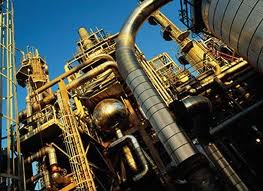 Seven oil companies have left the country in two months. Consortium Gran Colombia, Amazonian Consortium and the company Bellwether did not reached an agreement with the government, as Canadá Grande, Petrobras, EDC, and CNPC, left the country last November.

Although the dialogue was kept until last night it was impossible to reach an agreement given that oil companies were demanding $35 per barrel, when in marginal areas the maximum is $32, according to the Minister of Natural Resources, Wilson Pastor, this are “exorbitant fees that the state could not accept.”

Pacuna field, which produces 2,000 barrels of oil per day, yesterday passed to the hands of Petroproducción, while the zones of Armadillo, Charapa, and Singue will go to tender in April.

The oil companies that reached an agreement in the country are: Petrobel, Petrosud, Tecpecuador, Repsol, and Pegaso Consortium. These five companies will invest a total of $180 million over three years. During that period 48.3 million barrels will be produced, with a profit of 353.7 million dollars for the state.