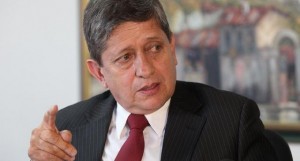 On November 15, it is expected that the final text of the draft Reformatory Labour Code is submitted. The Minister for Industrial Relations, Carlos Marx Carrasco, said there are three issues already defined: the figure of the null dismissal mainly for pregnant women, the termination of fixed-term contracts and the trade unions issue.

The creation of the null dismissal figure for pregnant women indicates that if a person in this condition is dismissed, she could be reinstated in her job.

Regarding the termination of fixed-term contracts and the establishment of permanent contracts, this is expected as a way to ensure the stability of the workers.

Finally, there is the issue of trade unions, “so it has more democratic force, more representativeness.” The unions and works councils will be formed with the universal, free and secret vote,” said the Minister.

The authority added that this is a reform project and it will be delivered to the National Assembly within 10 days.