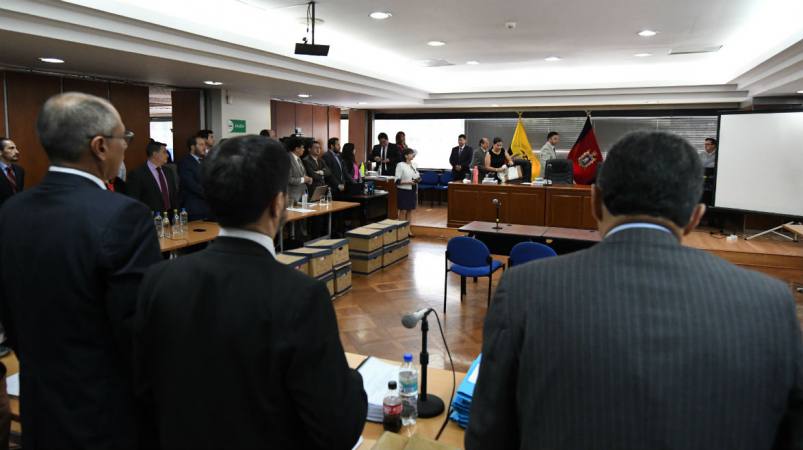 The criminal court that judges the alleged crime of conspiracy in the Odebrecht case declared the abandonment of the accusation filed by the Procurator’s Office because its judicial representatives were delayed seven minutes to reinstate the hearing after a 30-minute recess that began 11:30 and should end at 12:00.

The president of the criminal court Édgar Flores reinstated the hearing but Aníbal Quinde, lawyer of Ricardo Rivera, uncle of the vice president of the Republic without functions Jorge Glas Espinel, alerted of the absence of the Procurator’s Office and reminded him that he had already warned him before.

Seven minutes later the representatives of the Procurator’s Office arrived and claimed that they had difficulties with the elevator, but the court ratified their decision.

Flores ordered them to leave the place where they were located as accusers.

The Procurator’s Office rejected the magistrate’s decision and argued: “The 7-minute delay cannot be considered an abandonment of the private accusation in a hearing that began more than ten days ago.”

“It should be clear that the State has not lost its victim status, because the right of the victim to intervene in hearings and comprehensive reparation is independent of the particular accusation,” the Procurator’s Office added. (I)

Neisi goes to the podium

Tuna exports to the EU grew 51%