An eight-year prison sentence as the mediate perpetrator of the offense of own passive bribery aggravated in the Bribes 2012-2016 case, a call to trial in suspension for the crime of plagiarism in the so-called Balda case , two orders of preventive detention and at least 25 previous open investigations are the summary of the judicial reality facing former President Rafael Correa almost three years after he left power in Ecuador. 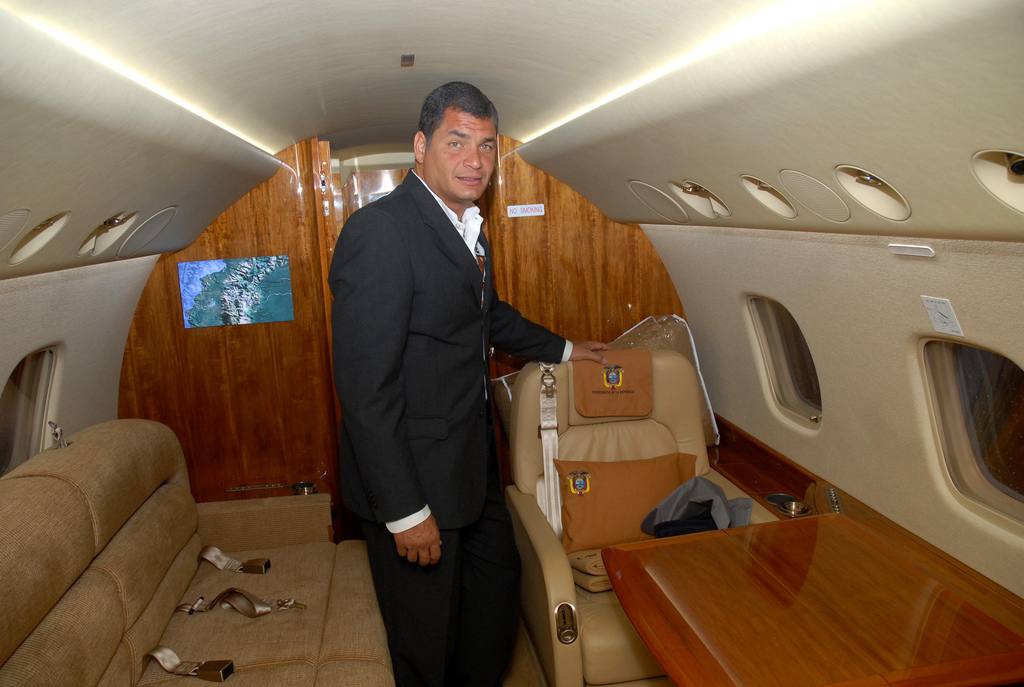 An eleven-month criminal proceeding concluded for Correa on Tuesday of last week with a first instance judgment against him for allegedly being the mediated author at the instigation of an aggravated passive bribery. The same penalty was received by his ex-vice president Jorge Glas .

In their unanimous judgment, the judges explained that it has been proven that all payments were reported to the higher hierarchical level made up of Correa and Glas. For the Court, the two were leading the structure and from that place they would have instigated other people to commit an offense.

From the first moment the exmandatario has said that all the complaints respond to a political persecution that seeks to affect his image to leave him and his group on the electoral map.

In the last three years, Correa has been denounced for embezzlement, organized crime, theft, procedural fraud, acts of hatred …

Among its complainants have been Fernando Villavicencio, Mery Zamora , the victims of the González case and others, Fernando Balda, injured in the 30S case, César Montúfar , among others.

The former president is being investigated for issues such as the reconstruction of Manabí, the death of Froilán Jiménez that occurred on September 30, 2010, irregularities in the use of presidential planes and in the construction of the Pacific Refinery, the bringing of justice to the hand, Angostura case , the renegotiation of public debt …

Since November 7, 2018, Correa has held a call for a suspended trial for the kidnapping of Fernando Balda in Colombia, in 2012. The process is suspended because Correa is in Belgium and the crime cannot be tried in absentia.

One of the last previous open investigations against the former president was known on February 5. It was made official a month after Judge Daniella Camacho called 21 people to trial in the Sobornos case.

In its notification, the Prosecutor’s Office explained that, based on information that is part of the file for the crime of bribery that was investigated, it presumed the existence of a crime and therefore opened a previous investigation against Correa; the former Minister of Transport and Public Works, Aurelio Hidalgo; businessman José Verdú and his company Verdú SA

A specific crime is not mentioned in the tax boost.

In its ruling, the Court of Judgment of the Sobornos case pointed out that in the trial hearing, data would have appeared that would allow us to presume the commission of other offenses, such as embezzlement, illegal public enrichment, unjustified private enrichment, money laundering, concussion, and ordered the Prosecutor General’s Office to initiate investigations.