There was disinvestment in the mining and quarrying sector. Meanwhile, foreign investment declined in the areas of manufacturing and transportation. 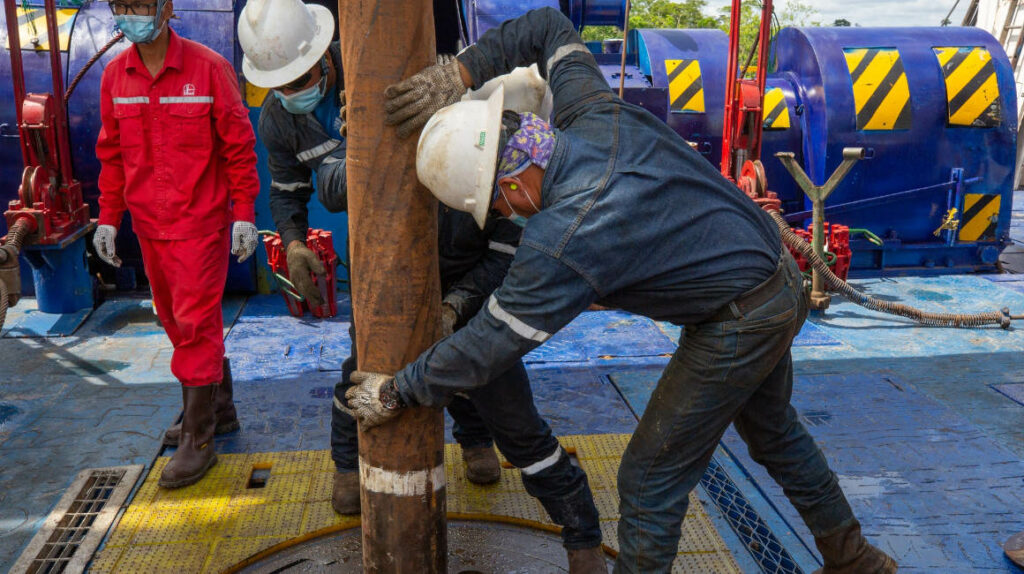 Referential image of an oil well in Ecuador, in December 2022.

Foreign Direct Investment (FDI) totaled USD 51.3 million in the third quarter of 2022, according to the Central Bank.

Compared to the same period in 2021, the figure represents a contraction of 67%.

And it is the lowest in the last 12 years, since the fourth quarter of 2010, when FDI had a negative balance of USD 30.9 million.

Without foreign investment, the Ecuadorian economy will not stand out in the coming years, said the economic analyst Jaime Carrera, during an event of the economic consultancy MAP.

In fact, Ecuador’s economy will be one of the least growing in Latin America in 2023, with a rate of 2.7%, according to the International Monetary Fund (IMF).

To create jobs and reduce poverty, the country needs to grow at a rate of at least 5% a year for the next two decades, Carrera said.

Where did the investment fall?

In the third quarter of 2022, foreign investment decreased or there was disinvestment in five of the nine economic activities analyzed by the Central Bank.

The exploitation of mines and quarries is the activity with the greatest contraction, due to the output of USD 39.2 million in the third quarter of 2022.

This is equivalent to a drop of 164%, compared to the same period in 2021, when foreign investment in mines and quarries (which brings together the mining and oil sectors) amounted to USD 54.6 million.

They are followed by the manufacturing industry, transport, storage and communications, construction and community services.

On the other hand, the activities in which the injection of foreign capital grew, in year-on-year terms, were services provided to companies, including financial and insurance activities; the agriculture; trade; and electricity, gas and water.

Expectations about the closure of Foreign Direct Investment in 2022 in Ecuador and other Latin American countries are uncertain, according to the Economic Commission for Latin America and the Caribbean (Cepal).

ECLAC argues that it is difficult to estimate the behavior of FDI inflows into the region due to three factors:

Ecuador is one of the countries that most feels the impact of Russia’s invasion of Ukraine, because 4.5% of its exports went to those markets.

Another factor that explains the low investment in the country is the deterioration of the business climate, due to political instability and lack of confidence in the government’s economic plan, according to the Brazilian center for economic studies of the Getulio Vargas Foundation (FGV).

“Ecuador has not been able to face structural reforms to boost investment and economic growth,” said Jaime Carrera.

In 2023, the Government does not rule out sending to the Legislature new bills related to free zones and incentives for national and foreign investment.

The foregoing, despite the failure of the Investment Attraction Bill, which was shelved in March 2022 in the Assembly.

Rains could affect 22 provinces of Ecuador with landslides or floods