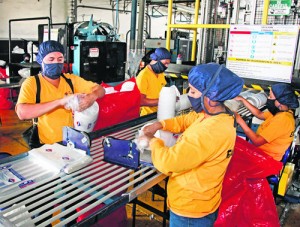 The country’s manufacturing sector received 14% of flows last year. While the participation of the service as a destination for foreign investment fell from 43% to 18%.

The exploration oil experiences a true boom in Ecuador. The Government estimates that in the next 5 years, international companies will invest around $2,100 million in the State-owned company Petroamazonas, by contracts signed in October, 2014.

Petroamazonas reactivated this year the production of mature fields that works with the investment of  8 Consortiums, composed of international and national companies with foreign investment. The amount planned this year amounts to $680 million, which will generate an incremental production of 99.645 barrels of oil per day.

In addition, Ecuadorian food and beverage market has attracted interest from several foreign companies. Holding Tonicorp dairy company was acquired in its entirety in April 2014 by the Mexican Continental Ark, an agreement which also operated the American Coca-Cola. The acquisition was valued at $400 million. In addition, Coca-Cola announced that it planned to invest up to $1 billion in Ecuador in the next 5 years. Meanwhile, Arca Continental announced its intention to invest $80 million in a new manufacturing plant.

In the financial field, PROMÉRICA Financial Corporation of Panama, which already owned a bank in the country, acquired 56 percent of the Banco de la producción (Produbanco), the fourth largest in the country.

Luis Chiriboga dissociates himself from allegations of corruption at FIFA