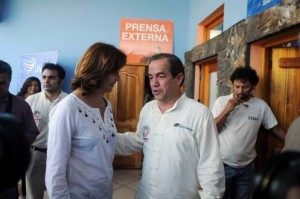 Unasur Foreign Ministers decided to send a request to José Miguel Insulza, General Secretary of the Organization of American States (OAS), to consult why some of its member countries have not signed the American Convention on Human Rights (ACHR ) .

The document requests that until September, “they make direct inquiries about the concerns and challenges of each state as part of the Pact of San José and submit a report to the Permanent Council of the OAS, to propose technical solutions for legal and policy membership in the Inter-American System of Human Rights”.

The universal adherence to the Convention was one of the principal topics of the event, which concluded yesterday.

In addition, the Deputy Foreign Minister of Chile, Edgardo Rivera , said that during the debate, it was addressed the possibility that “the ACHR should take advantage of the institutionalism it has to convene its sessions in different countries, like the Inter-American Court does”. These sessions will be conducted only in the member states of the San Jose Pact.