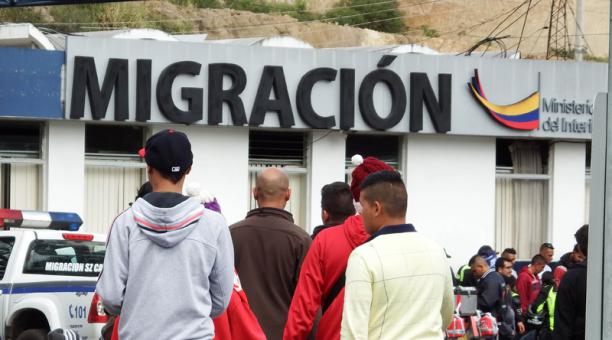 The Ministry of the Interior informed on Wednesday, February 21, 2018, that foreigners who have not regularized their situation in Ecuador will be able to legalize their status and avoid fines for migratory infractions until next March 18.

The Ministry, through a statement, said that this period was fixed by the holder of that portfolio, César Navas, through an agreement that seeks to establish the procedure for collecting fines for migratory offenses and regularize the presence of foreigners in the Ecuadorian territory.

“All foreign people who are irregularly in the country may approach the human mobility authority and regularize their stay,” but also “will be exempt from fines for migratory offenses,” the text remarks.

The agreement states that the pecuniary sanctions range from “1 to 15 unified basic salaries” (between USD 386 and 5 970) for those who “exceed the term of stay in the country or have incurred in a violation as established by the Organic Law of Mobility Human “.

In addition, the agreement considers exceptions to fines for “South American citizens who are processing their residence, victims of trafficking or smuggling of migrants, persons in a vulnerable state and citizens of Peruvian and Colombian nationality.” (I)