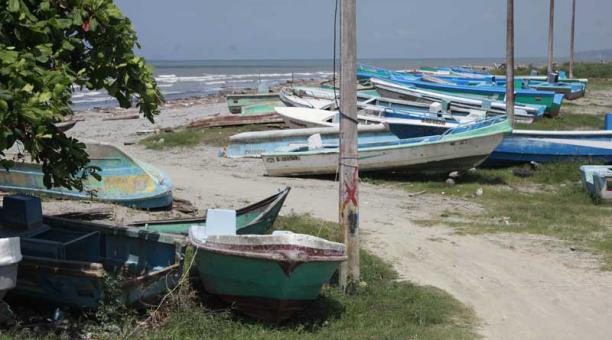 They are 4×4 trucks, latest model. They have dark glass and their occupants are not identified. These cars travel daily through the streets of Bourbon, Rocafuerte and Palestine, towns of Esmeraldas.

The vehicles are parked in front of the docks, hotels, farms, stores and liquor stores.

In these places they talk with fishermen, farmers and merchants. Then they retire. Tohse who have seen them affirm that they are men who came from Mexico and Colombia. They wear shirts, wear glasses, chains and large silver and gold watches.

They instill fear in the residents, because they believe they are part of drug trafficking networks that operate in the Esmeraldas coastal profile.

This newspaper crossed that information with the Police and high officials confirmed the data given by the residents. According to the researchers, these are emissaries that are responsible for managing the transfer and collection of the drug that arrives from Colombia.

The uniformed ones reveal that the mafias have fluvial and terrestrial routes to take the shipments from San Lorenzo (Esmeraldas) to the coasts of Manabí, from where they leave to the United States. and to Central America.THE COMMERCE entered the northern populations of Esmeraldas. In all, residents say they know foreigners and their escorts.

The Police warns that Borbón, a town located 40 minutes from the border with Colombia, is a point of supply of products and rest for foreign drug traffickers. Throughout this town there are places that offer liquors of up to USD 180. They sell American and Mexican beers. There are also stores that sell jewelry whose cost exceeds USD 1 400. The rings and chains have reliefs of horses, horseshoes and clubs. The owner of a store ensures that he has jewelry only for men and that he only accepts cash.

These details caught the attention of the uniformed and those businesses are investigated for possible washing.

Drug shipments have been detected in the roads that connect Borbón with other border towns.

Since January, the police have seized about a ton in areas north of Esmeraldas. One of the latest findings occurred on February 23. In the sector of the Peñas, agents intercepted a truck with 420 packages of drugs. The alkaloid was camouflaged in a double bottom. The suspects were on the road at 01:00.

The uniformed ones that participated in that operation do not rule out that the alkaloid has left the Tola or Olmedo, two other towns that are close to the Peñas. To reach these locations you must cross a road surrounded by extensive vegetation.

In la Tola, people listen to vallenatos and drink beer. On the dock, others wait for the fishermen who arrive with the morning job. There the leaders, religious, fishermen and merchants fear talking about the Mexicans and Colombians who support the drug trafficking mafias.

A woman barely tells in a low voice that foreigners pay people to provide them with gasoline and to watch the drug hidden in mangroves and beaches in the area.

These offers have also reached the residents of Olmedo. The enclosure is located five minutes from the Tola. In that town, most houses are made of wood.

Behind the farmhouse, there is an abandoned beach. In that place, on February 27, 10 plastic cans were hidden. All with the smell of fuel. Two men were guarding the containers from some bushes.

The Police say that the narcos operate with networks of collaborators. That happens precisely in Rocafuerte and Palestina.

Infiltrated persons accompany the emissaries to rent the land where the narcotic is hidden. These properties are usually on the seashore.

Owners of estates comment that foreigners arrive armed and offer them up to USD 15,000, so that people accept to take care of the illegal cargo.

If the agreement is made concrete, the two days arrive with the cargoes and the money that is hidden in caches. Otherwise they are threatened and permanently intimidated.

The agents assure to have data of this and other facts in which the Mexicans and their assistants take part.

Some evidence was obtained last year after a party. On the following day of the meeting, the soldiers found 150 empty bottles of liquor in the streets that cost between USD 180 and 200. The policemen informed their superiors, that “it was not normal”, that in a fishing village “this type was ingested of liquor “. That report was sent to the police command.

For now, the Joint Chiefs of Staff, made up of FF.AA. and Police, raises information about what illegal activities are perpetrated in the province of Esmeraldas and who are behind those events.  (I)

Legislative majority inclines towards the dismissal of President Serrano