Former Clinton aide is in the White House to help Obama 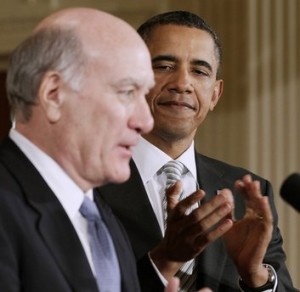 President Barack Obama has chosen Gene Sperling as the new director for the National Economic Council (NEC). Sperling is not new in this position, he held his position between late 1996 and 2000 during Bill Clinton’s second term. In addition, according to Reuters reports quoting the White House, Obama will also promote Jason Furman as number two of this body.

Sperling, who is going to replace Larry Summers, is considered an expert in combating public deficit, one of the priority tasks on Obama’s agenda in addition with job creation. The changes are part of the renovations that the president is doing in his cabinet to address the second part of its mandate. The ultimate goal of this process is to be prepared to face a much greater Republican presence in Congress with an eye toward 2012 reelection.

Sperling’ main function is to coordinate economic policy in all the administrations. He will have great influence on the decisions made at the White House. Yesterday, the president chose another former Clinton adviser and chief executive of JP Morgan Chase, William Daley, as head of his cabinet in place of Rahm Emanuel.