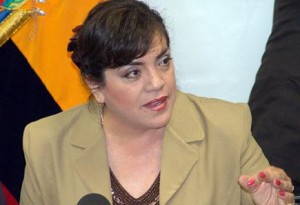 The forum of former constituent assembly members composed of 23 former legislators yesterday signed a document with which they insist on conducting a referendum to change the constitution and announce a lawsuit to the Constitutional Court and Inter-American Court of Human Rights.

At the meeting it was resolved to make workshops and parallel forums to the socialization process that the specialized committee of the National Assembly makes , and for that on February 2 the first forum will be held in Guayaquil, announced the former constituent, Jorge Escala.

The former Assembly members requested to the National Assembly and the Constitutional Court for a review of its decisions, since they qualify as illegal to have chosen the way of amendments to reform the Constitution.

Furthermore, they demand the National Electoral Council and the Court to allow the people to rule in the polls on reforms.

Betty Amores explained that the legal action that will be brought before the Constitutional Court shall be for violating the spirit and the set of debates that occurred in the Constituent Assembly regarding the alternation of power. She noted that an appeal is being prepared for the same institution that gave way to the National Assembly for approving the amendments.

In addition, before the Inter-American Court of Human Rights will be reported, Amores said, that the governing body of Ecuadorian constitutional justice is obliged to uphold the Constitution and the Executive and Legislative would have violated the mandate of the Ecuadorian people.