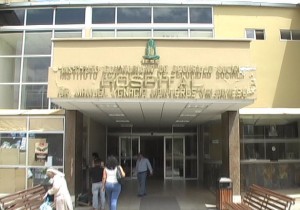 The Prosecution began on March 2 the fiscal instruction for embezzlement against a former director of the IESS hospital in Loja, Manuel Ignacio Monteros, and three officials for the purchase of beds for that health centre.

Prosecutor Rodrigo Galván said that the case began with a report of the General Comptroller of the State, which detected irregularities in the acquisition of four beds for the traumatology area.

The defendants are accused of favoring the selling company and violating the provisions in the Organic Law on Public Procurement.

The Comptrollership established an overvaluation based in the statement made in the National Customs Service, since the beds were purchased in 2010 at $ 30,982 and were sold to the Social Security to a larger value, $ 66,072.