Ecuador officially left this January 1 of the Organization of Petroleum Exporting Countries ( OPEC ) but “nothing happens” in the markets, in the group or in the country itself by that decision, announced in October, said Wednesday, January 1 2020 the Ecuadorian René Ortiz, former secretary general of the block . 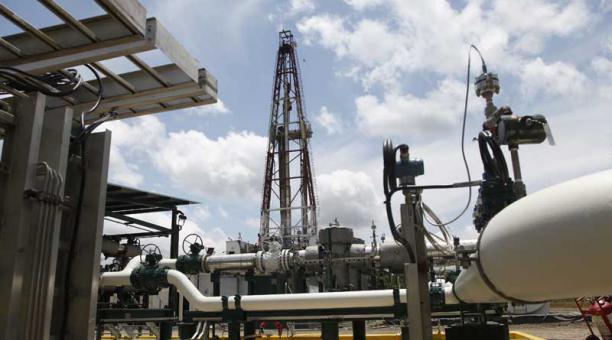 “There is absolutely nothing happening to Ecuador if it leaves OPEC , it already did it in 1993, it returned in 2007; now he does it again, absolutely nothing will happen to him, the organization does not have a retaliation scheme for the members who are leaving, ”he said.

Ecuadorian René Ortíz, who was general secretary of OPEC between 1978 and 1982, noted that with the current government, Ecuador raised the thesis of increasing production to 700,000 barrels “but did not comply” and not “because OPEC I have prevented “but” because I was not able “because” I had no financial capacity “or technology.

After noting that Ecuador achieved a production of 543,000 barrels per day, Ortiz noted that 90% of all the fields in production of the public companies Petroecuador and Petroamazonas are “old or mature”, which need a lot of technology “because there are still huge quantities of oil to be extracted ”.

Internal challenges
Regarding the exit of Ecuador from OPEC , a source from the Ministry of Energy and Non-Renewable Natural Resources confirmed that the Government’s decision lies “in the internal affairs and challenges that the country must assume, related to fiscal sustainability.”

“The measure adopted also allows us to promote new investments in the hydrocarbon sector for exploration and exploitation with a view to increasing national oil production, which is part of one of the axes that we have proposed,” he added.

It is expected that this increase will be achieved with the completion of the Intracampos II and Suroriente Rounds , in addition to the development of the Ishpingo field, which is part of Block 43-ITT , located in the province of Orellana , in the country’s Amazon.

He recalled that Ecuador has a marginal production compared to other countries in the organization . However, “it has complied with discipline the agreed measures, and has achieved it with better results in costs, without stopping its main projects that are developed with social and environmental responsibility.”

On his side, the Minister of Energy and Non-Renewable Natural Resources , José Augusto, said that the Government recognizes the effort and work done by OPEC.

“However, he reiterates that the current scenario of the country involved making decisions that benefit Ecuador and its citizens,” he said through the source when Efe asked for a comment on the departure of the country from OPEC .

“Nothing happens”
The Ministry ensures that the exit of OPEC, is aligned with the government plan led by Lenín Moreno “to reduce public spending and generate new income.”

The decision was announced on October 1 shortly before the Government presented to the National Assembly a package of economic and labor reforms in response to the demands of the International Monetary Fund (IMF) to reduce its deficit in exchange for a credit package for USD 4 200 million.

Part of these measures was the elimination of the fuel subsidy , which unleashed in October a series of social protests – some of an unusual violence – that ended eleven days later, once Moreno repealed his decision.

Chemical engineer by profession, Ortíz considers the argument to abandon OPEC as a “pilgrim” and said that “it is not a credible justification” for the departure of Ecuador , until now, the smallest partner of the Organization, which he entered for the first time in 1973.

And he insisted that Ecuador “nothing happens”, and can continue with the production that it has at the moment, “which is in decline”, so he said that the Government “must take a complete turn and show a new way of create international credibility ”.

Turn
In the South American country, oil , together with the collection of taxes, is the main source of income of the General State Budget.

The former Secretary General of OPEC argues that if the Government wants to achieve its objectives in 2020, it must “take a 180 degree turn. It has to dismantle the entrepreneurial state . ”

“The time has come – he said – that these activities that are commercial, industrial, that are highly technological and financial , highly market, are managed by companies that have won competencies” for several decades.

China is the third product destination of Ecuador