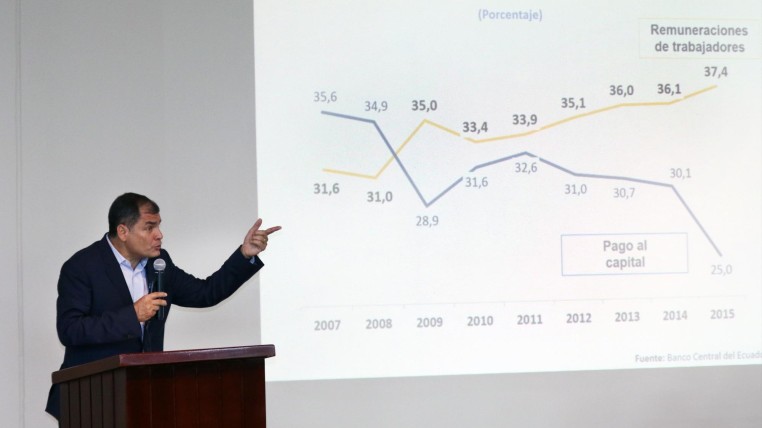 Former President Rafael Correa already has a date for his departure to Belgium: July 10. Before, during and after the last election campaign, he expressed his intention of retiring to the country of origin of his wife Anne Malherbe to live with his family. He ratified the date yesterday, after a conference on economic policy for students of the Escuela Superior Politécnica del Litoral (Espol) in Guayaquil.

He expressed his objection to the differences between his administration and that of President Lenin Moreno. “Differentiating is not the best strategy … you have to be authentic,” he said. He also said he agreed with the dialogue, but only when “principles” are inherent. He questioned Moreno’s meeting with presidential candidate Dalo Bucaram. “Talk to Dalo Bucaram… who lives insulting the vice president (Jorge Glas). I would have never agreed to talk to someone who had insulted Lenin Moreno when he was my vice president.” (I)