Four arrested for murder of pregnant woman in Pakistan

On Friday, Pakistani police arrested four men involved in the murder with bricks of Farzana Parveen, who was pregnant, before a court in the city of Lahore, in eastern Pakistan.

An uncle of the victim, two cousins ​​and a driver were arrested, while two other brothers of the murdered girl remain still at large, told local channel Geo.

The only attacker who did not flee the scene of the crime was the parent, who was arrested immediately after admitting to police that the murder was due to a matter of honor, because his daughter had married the man she loved without his consent.

Parveen died Tuesday morning, stoned before the tribunal of Lahore for about thirty of her family members who opposed her marriage to the local farmer Mohamad Iqbal, 45. 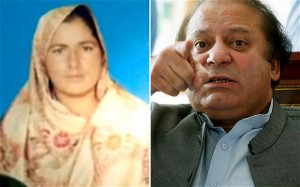 Farzana Parveen was murdered with the authorization of her father (right).