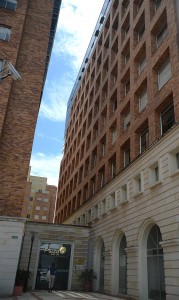 The representation contract signed by them with Jurgen Mossack and Ramon Fonseca is part of the documents disclosed by the International Consortium of Investigative Journalists (ICIJ), a leakage that has been called Panama Papers and that involves politicians, businessmen and public figures in the creation of companies in tax havens.

To materialize the representation, Molina, Paredes and Davalos established the Representaciones Molpadar company, whose brand name was Mossack Fonseca & Co Quito, according to records from the Internal Revenue Service.

Support and rejection to the debated reform reactive demonstrations