The solidarity contribution to face the health emergency, proposed in the draft Humanitarian Aid Law that is discussed in the National Assembly, continues to add detractors. 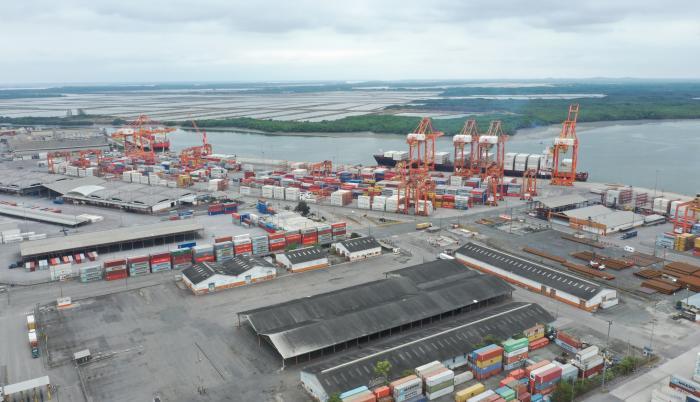 Yesterday, the representatives of the most important exporting sectors of the country stated their position, through a virtual press conference and, in passing, gave details of their situation in the midst of the COVID-19 pandemic.

Shrimp, banana, cocoa and tuna, are part of the items, considered essential for the country, which have not stopped their activities in the last two months.

Although they have not stopped, exporters have had to face an international market that has slowed down due to confinement or that presents logistical problems.

These drawbacks have been reflected in a drop in exports in the previous months and the medium term is not encouraging either: global consumption is expected to remain low. With this scenario, exports are projected to fall $ 1.2 billion at the end of 2020. Between 10 or 20% less than in 2019.

Exporters noted that despite the complex outlook, they have not laid off workers and are now looking to protect their liquidity.

“Do not confuse solvency with liquidity. Recent taxes by the Tax Simplification Law will generate more than $ 190 million. New taxes will hit us more and destroy productivity and investment made the previous year, “said Bruno Leone, president of the National Chamber of Fisheries (CNP).

Leone noted that the contribution is a new tax and added that it is not the first time that the Government has resorted to contributions to get out of trouble. The head of the CNP maintained that it is a systematic problem, which has been repeated year after year in different laws passed.

What are the prospects for tuna exports this year? Leone noted that when the crisis started, tuna shipments were quite good, but have been falling.

Workers at the plants have started to get sick and due to the protocols they have had to reduce their operational capacity, Leone said. “We are working at 50%. We estimate that between March and April between $ 20 and $ 25 million will be lost every month, “ added Leone.

Francisco Miranda: “We are not planning to fire people”

The head of Anecacao, Francisco Miranda, pointed out that the agricultural sector is plagued by informality and that the generation of new expenses further distances farmers from formality.

“Formality is a basic requirement to generate added value in agro-export. Our markets abroad demand it. Our competitors are receiving soft credits, subsidies, price stabilization funds, many benefits that give competitive improvements against Ecuadorian production, “said Miranda.

Miranda added that the jobs in the export sector now depend on the Assembly. Currently, the cocoa sector employs 350,000 families and the contribution would affect the pocket of each of them.

The head of the union indicated that the cocoa sector does not intend to lay off workers. If they are given inputs and resources, they will seek to employ more people, he added.

For now, the sector is concerned about reducing consumption in the hotel and restaurant sectors.

Juan José Pons: “Export should not be punished”

“There can be no dollarization if there are no dollars,” stressed Juan José Pons, coordinator of the country’s banana cluster. He pointed out that, without resources generated by oil, and without investment prospects, exports, which generate 70% of items for the country, are the only generator of foreign currency and that for this reason “must be rewarded not punished with taxes”.

He added that the banana sector hires 300,000 people directly and indirectly, without adding the other productive sectors, and indicated that, if taxes continue to be added, they could not continue to keep jobs, which could triple the unemployment rate.

“The debate should not be focused on how much they can get from the private sector and the consumer. This is not a humanitarian contribution, it is a tax. Only from January to March, banana exports have fallen by 5 million boxes per month, we are talking about 50 million dollars less ”. Pons said the government must rethink subsidies and fiscal spending.

José Antonio Camposano: “Demand will be cut in half”

“The state cannot continue with a model in which income is extracted from the private sector as if it were unlimited (…) it is an unsustainable model,” said José Antonio Campuzano, president of the National Chamber of Aquaculture.

According to the executive, the projections for the shrimp industry is worrying. This indicated that only in March, during the first two weeks of the health emergency, the export volume fell by 22%, while in April, this drop was 40%, which, between both months, represents a loss of $ 170 million for the State as imports. Campuzano added that the calculations for 2020 are not positive and that they estimate a reduction of up to $ 500 million due to the reduction in the demand for shrimp in international markets, due to strong effects on the hotel and restaurant industry, an item that makes up half of exports.

The priority, he said, is to keep the jobs, which cannot be done with a new tax, and even by charging tariffs on the raw material imported by the sector to work.