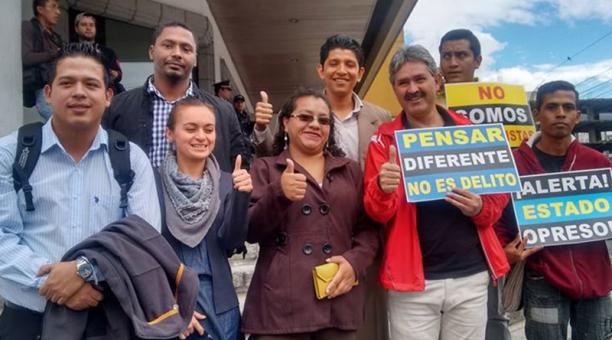 She walks through the halls of the School of Law at the Central University. Fadua Tapia was there yesterday. It was only 08:00 and her friends hugged and congratulated her after the ruling of the National Court of Justice (CNJ). “You’re free, it´s all over now,” they said.

For the first time in four years and two months, she feels that those words are a reality. At that time, she and nine more young people were charged and sentenced to one year in prison for the crime of attempted terrorism. However, Tuesday morning, these charges ceased to have effect, as the Criminal Chamber of the CNJ declared the penalty of “the 10 of Luluncoto” case extinct.

The ruling claimed that the figure through which they were prosecuted no longer exists, because it was eliminated in the new Integral Penal Code (COIP for its Spanish acronym), which entered into force in August 2014. For that reason, before the absence of this figure, the offence did not exist and the process legally ended.