Fourth gold medal for Ecuador in the Pan American games 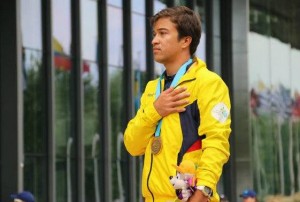 Jonathan Martinetti won the gold medal in the sunfish category of the Toronto 2015 Pan American Games on Sunday.

Martinetti ended the competition with 45 points, the same as Canadian Luke Ramsay, but the tiebreakers gave the gold to Ecuador.

In the Medal Race (race for medals) on Sunday, Martinneti was fourth and the Canadian competitor fifth, an advantage that allowed him access to the gold medal.

With this medal, Ecuador has four gold medals, for a total of 23, which places it ninth in the medal table of the Toronto games.

Ecuadorian clubs in the first round of the Copa Sudamericana