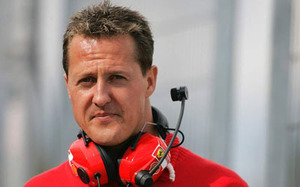 The Office of Albertville in the French Alps, began an investigation last Monday regarding the events of the accident suffered by the former German Formula One driver Michael Schumacher, who is currently in a coma after being hospitalized for a blow he received in the head while skiing.

The prosecution said it is investigating the cause of the accident, however it ruled out the involvement of third parties, finally showed, from the Public Ministry to take several days to complete their investigations. The Gendarmerie Squad High Mountain Bourg Saint Maurice with gendarmerie Meribel.

Schumacher is in critical condition and underwent surgery for the second time last Sunday night in Grenoble hospital, where he is currently hospitalized. Schumacher, 44, was skiing on Sunday 29 off the slopes of Merible station when his head hit a rock. After the incident the former pilot was taken to the medical center and suffered “serious head injury with coma and immediately needed surgery.”

Due to the seriousness of his condition he was taken to the city of Grenoble.