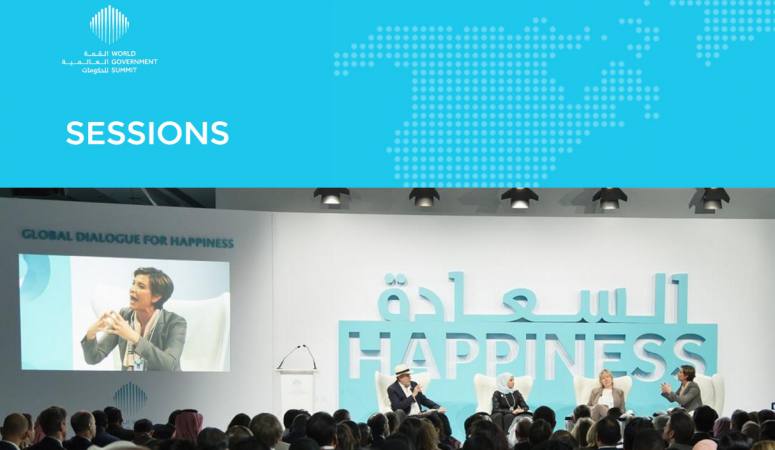 The elements needed to measure happiness in the world was the subject discussed in the Global Dialogue for Happiness, part of the World Summit of Governments, held in Dubai in January of this year. Freddy Ehlers, in charge of the secretariat of Good Living, was the Ecuadorian representative at the encounter.
Ehlers confessed he felt “alone in the world” on this issue, but when he met the United Minister of State of Happiness of the United Arab Emirates, Ohood Bint Khalfan Al Roumi, during a visit to Quito, he knew that the task commissioned by President Rafael Correa in his initiative of Good Living was correct. This was part of the answer Ehlers gave to the question of moderator Becky Anderson.
“I’m going to ask everyone here to do what we usually do in schools: a minute of silence. We can have a minute of silence so that our hearts can be connected,” he said.
And silence reigned for 60 seconds.

“I think the great revolution of the world is silence. We talk too much.We will have millions of words these days and very few moments of silence, especially in the media, on the internet, there is noise day and night and we have been disconnected from our hearts. I firmly believe that it is paramount to be connected with our higher self. There is where happiness lives and we are looking for happiness outside. We can focus on that. I think it is a staple in our lives.”