Proceedings in the fiscal instruction are followed by alleged rebellion against the prefect of Pichincha Paola Pabón, the ex-Assembly member Virgilio Hernández and others for alleged rebellion in the context of the October indigenous protest. 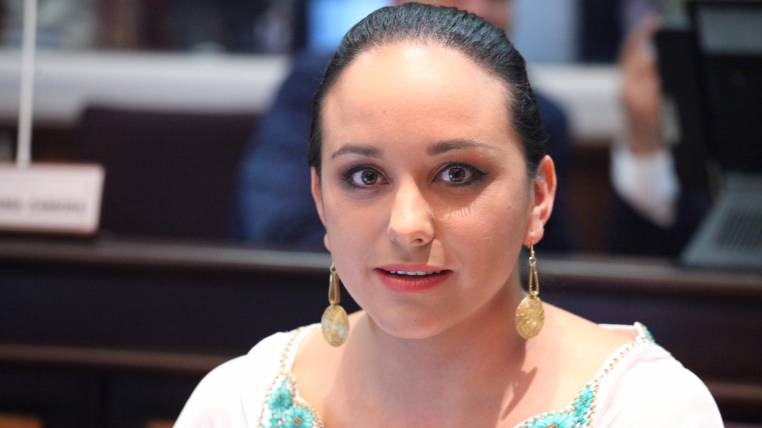 Prosecutor Alberto Santillán, among other things, ordered the reception of the versions of Assemblywoman Gabriela Rivadeneira, alternate Assemblyman Luis Molina, former Minister of Citizen Participation Edwin Jarrín, Luis Flores and Tania Pauquer, wife of Assemblyman Carlos Viteri Gualinga. The testimonies will be developed by videoconference on December 27 from 09:00 to 15:45, from the Mexican embassy, ​​where they took refuge after the October protests and received protection.

The prosecutor said that for the diligence they must be accompanied by their defense attorneys and carrying their identity documents in original and copy. The prosecutor stressed that the investigations carried out are known that those summoned would be at the embassy of the United Mexican States in Ecuador and for the fulfillment of the provision he officiated to the International Affairs Directorate of the Office of the Attorney General, to coordinate with the Chancellery to request that diplomatic legation to provide physical and technological facilities for the reception of the versions.

Prior to receipt of the versions there will be a certificate of identity verification of the appearing parties.

For January 6, from 08:00 the practice of the study of Pabón’s social environment in relation to family, friends, acquaintances, social development, and work has been pointed out. In order to comply with the diligence, Patricia Cárdenas was appointed as expert in the case. The Prosecutor’s Office granted him 15 days, from his appointment, for the delivery of the corresponding report. The expertise will be done in the Integral Expertise Unit of the Pichincha Prosecutor’s Office located on the first floor of the Provincial Prosecutor’s Office. For compliance, the SNAI will be notified so that, with the assurances of the case and under their strict responsibility, they will transfer to Pabón on the date, time and place indicated.

Other requests from the Prosecutor

Within the fiscal instruction for alleged rebellion, the Prosecutor requested the ECU911 to send an operational report of the protest days from October 2 to 13 in the Metropolitan District. General Luis Lara, head of the Joint Armed Forces Command, the Prosecutor’s Office required that he submit a report of the casualties recorded in Pichincha between October 2 and 13, 2019, which were reported to that unit and, if applicable, requested the supporting documentation . A similar request was made to the Quito Fire Department regarding emergency calls resulting from the demonstrations raised from October 3 and 13, 2019.

In addition, the report of Fires raised in the Comptroller’s Office, Metro de Quito, Teleamazonas, UPC MAY 24, UPC of Rio y Caldas Street and UPC de Carapungo from October 3 to 13, 2019.

A request for the Director of Police Logistics seeks a report of the casualties recorded in Pichincha between October 2 and 13, which were reported to his agency. The Prosecutor’s Office already has the information of the legal representative of Kunansoft SA about the movements and location of heavy vehicles and machinery of the Prefecture of Pichincha from 00:00 from 1 to 23:59 on October 14. It was sent on a CD with the legend ‘GAD PICHINCHA VEHICLE TRACK REPORT 01-14 OCTOBER 2019’.