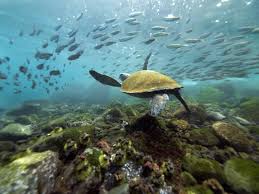 The Galapagos Islands were awarded as one of the top destinations in South America. They are seventh worldwide in the World’s Best Awards 2014, organized by Travel & Leisure magazine.

The selection was made through a survey among magazine readers, who chose for the fifth time the Galapagos Islands as the best in Central and South America.

Tourism in Ecuador registers an increase of 14% this year