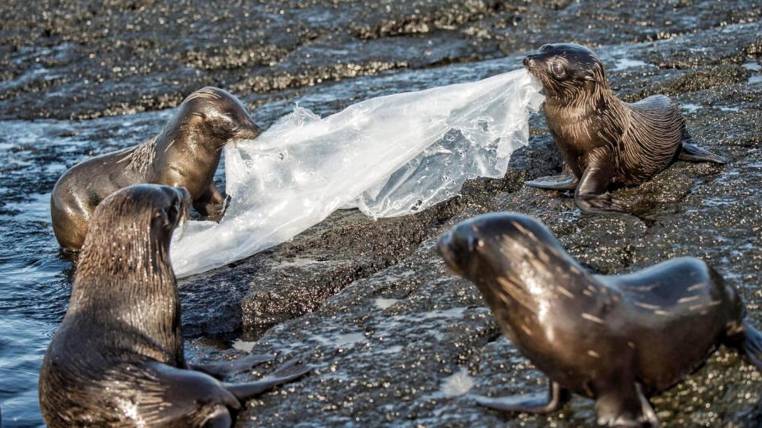 The image is sad: a sea lion caught in a plastic ring. His struggle to get rid of that undesirable necklace has been intense, but unsuccessful. On the beach, he dies. This species, considered one of the main attractions of Galápagos, dies because in its search for food in the sea the plastic caught it as its prey.

Today, this Ecuadorian island territory, which is the envy in the world, begins to prohibit the entry of single-use plastics. The plan seeks to eliminate this serious problem that affects its coasts, its ecosystem and, therefore, its animals and even its people.

In a plan that was presented last April, the minister-president of the Governing Council of the Special Regime of Galapagos (Cgreg), Lorena Tapia, announced the calendar to restrict the use of plastics in this region.

Sorbets, t-shirt sleeves, polyethylene containers and non-returnable bottles are the four main products on which the islands initiate a restriction. The scheme will start on Tuesday 22 with plastic sorbets that are marketed or used in stores, restaurants and other local businesses.

The intention is that, for example, when a juice is served, soft drinks or smoothies do it without straws; To avoid complications, especially with foreign tourists, posters will be placed where it is reported, in Spanish and English, that the use of straws is restricted by an “environmental and public health” regulation.

The measure will be executed in four phases, in order to give time to socialize the implementation of each of the decisions. Thus, after the sorbet will come the restriction in the use of plastic bags (June 21); prohibition of polyethylene / foam containers (July 21) and will culminate with the prohibition of the entry of non-returnable plastic bottles (August 21).

According to Tapia, the regulations should have been applied three years ago (in 2015), but this did not count, she assures, with the backing of old administrations for its implementation. By then, she says, there was no roadmap to ensure the sustainability of the measure and the issue became basically part of voluntary campaigns. The measure is now mandatory.

To accomplish this objective, controls will be carried out on each island, through police stations and points of distribution and commercialization of these utilitarian objects.

But, three years later, what leads the authorities to speed up its application? The high records of plastic trash that reach the islands. Only in the first 4 months of this year have been collected 22 tons of plastic waste, surface cleaning and submarines made around the coastal profile of the islands Santa Cruz, San Cristóbal, Floreana and Santiago. Even during the coastal cleanup, garbage was found in the more remote islands such as Genovesa and Marchena. 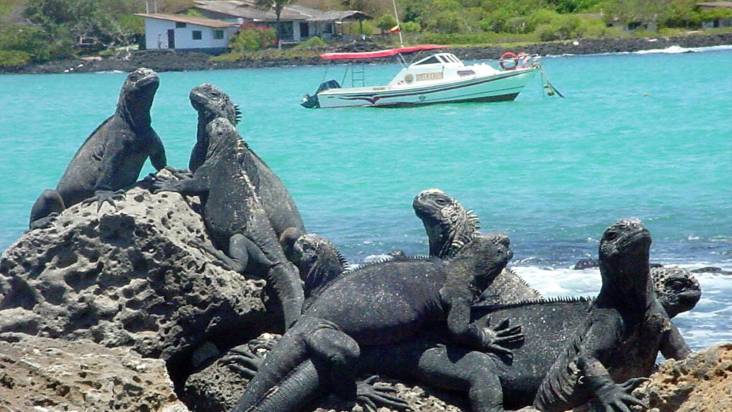 According to a report from the World Wildlife Fund (WWF), “the contamination by this type of waste is not only visual, it is of severe environmental impact, affecting -mainly- the animal species that inhabit the archipelago”. Research studies have identified several types of microplastics inside animals or in their feces. Birds such as finches and other animals such as turtles confuse plastics with food, ingesting them. In most cases, this causes the death of the species.

In this problematic two determining factors are identified: the transfer of marine garbage in the water currents and the most lethal one: the behavior of the human being.

“From the plankton to the whales, the entire marine food chain could be affected,” says Juan Pablo Muñoz, a researcher at the Galapagos Science Center, a scientific station run by the San Francisco universities of Quito and North Carolina. The research carried out by them revealed that residues were found in the nests of finches and in the stomachs of albatrosses and sea turtles, which ingest them by confusing the plastics, for example, with jellyfish that are their food.

Jorge Carrión, director of the Galapagos National Park, clarifies the seriousness of the matter: “The plastic disintegrates into microparticles that are impossible to collect, so its entry into the food chain is inevitable. Many animals confuse them with eggs of marine species on which they feed. ” And in the world of the food chain, the problem extends to the inhabitants, who depend on the marine resources of Galapagos for their food and sustenance.

It is estimated that up to 13 million tons of plastic are dumped annually in the seas of the world. At least 50% of that garbage is made up of disposable plastic, which can remain in the environment for up to 500 years. According to Carrión, 90% of the plastic comes from the continent and a worrying percentage of Asia.

Luis Suarez, vice president of Conservation International Ecuador, adds that this garbage arrives from China, Indonesia and the Philippines dragged by the Cromwell current. Also from Peru and Chile, by the Humboldt current, and from California, Central America and Colombia, by the warm currents of California and Panama.

Photographer captures a game with death

Finally he took it off, saying: “They really tried to hold on to it.” Explaining his decision, De Roy said: “It was wonderful to see how the puppies enjoyed their new toy to play, they were so excited that it was funny. But at the same time I was very worried that this toy could damage them (…) they can inadvertently swallow small pieces, or get entangled in it and drown. (I)

Martínez prepares the derogatory of Decree 1218