Gallery will expose filtered nude photos of famous, despite being crime 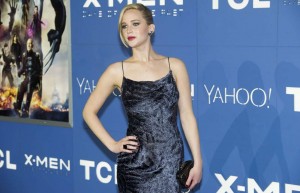 An art gallery in St. Petersburg, Florida, reported that it will include some of the newly leaked photos of celebrity nudity in an exhibition of an artist who uses images of celebrities taken by paparazzi or released by hackers.

The artist known as XVALA will use photos of actress Jennifer Lawrence and model Kate Upton, two of the celebrities who saw their compromising photos exposed on the internet last week, in his shows “No Delete” in the contemporary art gallery, said the institution in a statement.

The photos, printed on canvas and unaltered, will be added to the sample of the urban artist who have being collecting for seven years images of celebrities in unflattering poses, as a critique of modern society where “people want to know everything about everyone , “XVALA explained in the statement.

“The privacy of an individual has become a public issue”, said the young artist who lives in Los Angeles.

The exhibition, that will include the known work of XVALA of a photo of singer Britney Spears with a shaved head exposed on a reproduction of a seventeenth-century Italian frame, will open to the public on October 30.