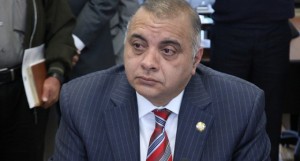 The defense of former Ecuadorian Assemblyman Galo Lara arrested in Panama since June, has requested precautionary measures from the Inter-American Commission on Human Rights (IACHR).

His Lawyer, Panamanian Guillermo Cochez, met on September 4, in Washington with the Deputy Secretary of the IACHR, Elizabeth Abi-Mershed, to expose the arguments of the request he made last August 29 to seek protection for the alleged persecution policy his client suffers, he said.

After the meeting, Cochez mentioned that he expects that the IACHR rules on the case in the next two weeks.

Ecuadorian courts sentenced in 2013 to ten years of prison to the former legislator after being found accomplice in a triple murder occurred in August 2011 in Quinsaloma, Los Rios.