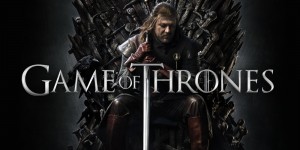 ‘Game of Thrones’ series broadcast on HBO, has been nominated 19 times at the 66th Annual Primetime Emmy Awards, achieving with this the highest number of nominations on other series like ‘Fargo’ and ‘American Horror Story: Coven,’ which follow it with 18 and 17 nominations respectively.

The television movie ‘Breaking Bad’ also obtained 16 nominations, including the best dramatic series category for which it won an award last year.