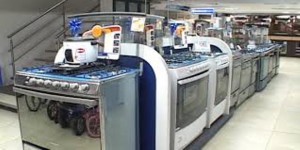 Representatives of factories that produce gas-cookers reduced their production in Ecuador between a 50% and more than a 60%. This measure is due to the announcement of the government Efficient Cooking Plan, which plans to distribute 3.5 million electric induction cookers from August.

Ecuatoriana de Artefactos S.A. ( Ecasa ), is one of the companies that is expecting the merchandising of the new cookers, and according to Mario Espinoza (Manager), sales have decreased by approximately a 61 %.

Ecasa is one of the 13 companies that made an agreement on 9 May with the Ministry of Industry and Productivity (MIPRO), to manufacture induction cookers. The company expects to produce between 30 000 and 40 000 of these devices per month.

Induglob (Indurama), a company that will also manufacture induction cookers for the government has reduced its sales of gas-cookersin a 55 %, which represents 77 000 artifacts unsold. In addition, its Manager Juan Pablo Vela, added that staff from the cooker manufacturing area has been reduced between a 30% and a 40%.

Ernesto Albuja, Mabe´s materials Manager, said that only 4000 of the 8000 manufactured cookers per month are being placed on the market. This is another company that also submitted its proposal for induction cookers.

Despite the losses that the different gas-cookers factories have, Diego Malo, Manager of Fibro Steel ( Ecogas ), said that in the first phase of the electric induction cookers manufacturing, USD 550 000 are being invested to produce 10000 units per month.