Interview with the General Manager of Correos del Ecuador, Mauro Intriago, about the financial situation of the public company that will enter the liquidation process. 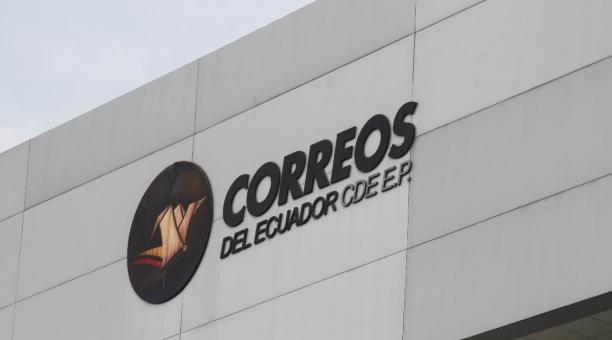 Why does Correos del Ecuador close?

This administration entered last November and at the end of the year we already discovered that USD 14 million was owed in obligations that had not been recorded, with the intention that the balance does not show losses and in some way camouflage the results of the company. The amount even includes obligations to employees, such as retirements, that should have been accounted for.

So what is the actual financial situation?

The profit and loss statement has apparently been positive, but it should not be forgotten that between 2016 and 2018 “donations” were requested from the Treasury for USD 4.9 million and, with that, there were no losses, but those resources, which are from the State and taxpayers, served to camouflage the financial statements. If we count those state contributions and the 14 million that were not recorded, we see that, on average, non-accounting losses of USD 3.4 million were recorded each year in the last five years. But the closure is not only due to an inefficient financial operation.

What do you mean

Correos started 189 years ago as part of the Vice Presidency and in 2010 the public company was created. In that year, all public companies were able to use Correos del Ecuador. With that, the firm achieved sales of USD 40 million a year and had 2,000 employees. A good time, but there was waste and abuse. By squandering I mean that they were invested in expensive sorting machines that are still being paid for and that operate at 3% capacity. They were filled with sheds. There are 450 cars and only 32 operate; the rest is damaged. They were destroyed because they almost put a car in each town and whoever drove it used it for their own use. To avoid this, private firms invest in their own fleet in large cities and subcontract in small ones, it is the most efficient. Instead, Correos sought false logistical sovereignty.And it spent on that and not on technology, even though it is the basis of the logistics service. In 2016 Correos had lost a large part of its clients because it could not respond with good service. And the firm begins to ask for donations from the Treasury. Revenue fell to 17 million in 2019.

When you talk about abuse, what do you mean?

I can mention three cases. Correos signed a contract with the University of Guayaquil to digitize documents and received USD 1 million in advance. That money was spent and nothing was executed on the project. The same happened with two contracts with the Ministry of Education and the UNA EP. And we are still in dispute. Correos, in addition, left the money transfer business, which is a success, so it was even questioned by the Comptroller’s Office. Correos goes bankrupt for actions taken six or eight years ago. The Comptroller’s Office tried to audit the balance sheets, but they did not give him any information, contracts or supporting invoices. There are no audited balances since 2016.

What else did you find?

We have about 10 requests for exams to the Comptroller on anomalies. One is from the sorting machines. 4 were purchased for USD 9 million. On the way a renegotiation was made, which one would think was to get better prices, but they ended up delivering three machines at the same value for a bad negotiation. The machines were bought without sufficient thoroughness and study.

Now what will happen to the postal service?

It is not going to be paralyzed for a single day since there are international commitments with the world postal network and the Constitution guarantees an affordable service in the country.

You have to settle and do a public tender for a new operator to take over the service.

Is there an initial valuation of the assets?

There are 30 assets that can be sold (buildings and land). They are valued in books at USD 19 million, but Real Estate valued as commercial price at 34 million. In equipment such as computers, vehicles and others, we did not reach USD 3 million. This will be used to cover debts, obligations, etc.

How much does it cost to liquidate the workers?

USD 15.6 million in total, each will have a settlement, on average, of about USD 16,000; Vulnerable people will have 28,000. We have 900 people, but with 150 we could have worked well. There are plenty of people because there is a bad logistics distribution system. In Quito there were three teams of people who did the same.

What will happen to the sorting machines?

It is a question we ask ourselves every day. They are so oversized that if all the couriers in the country come together they would not use even 15% of their capacity. There is a legal problem that still needs to be resolved.

LEAF OF LIFE He
is an engineer and has been a business consultant in the electrical sector. He was Vice Minister of Electricity (2018-2019) and worked 16 years in the logistics sector as a DHL International official.