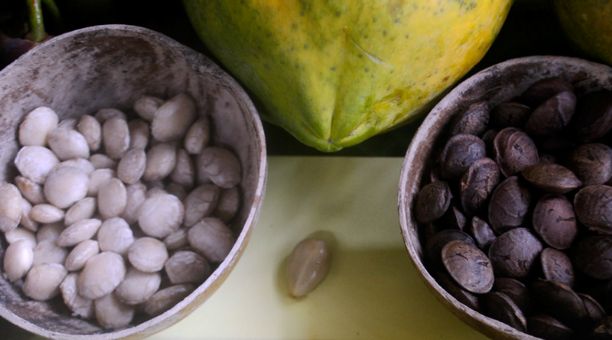 On January 20 and 21 journalist Michael Altenhenne, from the German channel Deutsche Welle, visited the provinces of Napo and Pastaza to make a report about the link between chefs and producers to visualize the origin and route of food until it reaches the kitchen.

This activity was organized by the Ministry of Agriculture and Livestock through the Amazonian Productive Transformation Agenda Project-Sustainable Agroproductive Reconversion in the Ecuadorian Amazon and the Canopy Bridge initiative, which promotes the commercial articulation of Amazonian producers with national markets.

The tour began in the canton Archidona, province of Napo, where the journalist spoke with the producers of the INTI association, who cultivate products of the chakra such as sacha inchi, guayusa, gaucho yuyo, muyo legs, yucca, chontaduro and others, noted a statement from the Ministry of Agriculture.

Meanwhile, in Pastaza the tour was carried out by the San José parish of the Santa Clara canton to learn about the cachama pools, the Macambo chakras and the daily life of the inhabitants, who cultivate clean products to reduce the impact on the Amazonian systems of climate change, contributing to the reduction of greenhouse gases. (I)