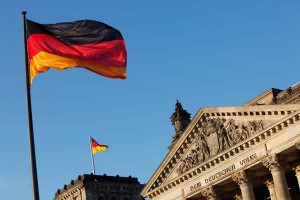 The German government said today that is waiting for the government of Ecuador to inform in an official way about its decision to end the bilateral environmental cooperation and indicated that they will not issue comments until then.

“When we have official information we will react appropriately,” said a spokesman for the Ministry of Cooperation and Development.

As indicated, Berlin would only have knowledge of the intentions of Ecuador by media reports.

Ecuadorian Chancellor, Ricardo Patiño, announced last Friday that Ecuador was unilaterally terminating the cooperation with Germany on environmental affairs and would return to Berlin the funds amounting to seven million euros.

This weekend, the Ecuadorian President Rafael Correa, reiterated these arguments and stressed they do not accept the “supervision” of the German MPs.

“Welcome as tourists welcomed as brothers. As viceroys, as supervisors, we will send them back to their country in the same plane, gentlemen. We are a sovereign country,” were the words of Correa.