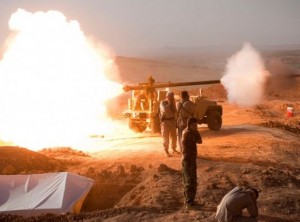 The German government agreed to send anti-tank missiles and machine guns to the Kurds fighting against the jihadist group of the slamic State (IS) in northern Iraq.

The decision was taken at a meeting yesterday presided by Chancellor Angela Merkel with her ministers of defense, Foreign Affairs, Finance, Economy and Development, before submitting the agreement to their coalition partners.

The goal is to assemble a contingent of 4,000 soldiers fighting against “ruthless brutality” of IS in a country that lives a “very critical” situation.

According to recent surveys, over 60% of Germans are opposed to the arms shipment, a controversial decision in a country that has always refrained from taking that step in conflict regions.