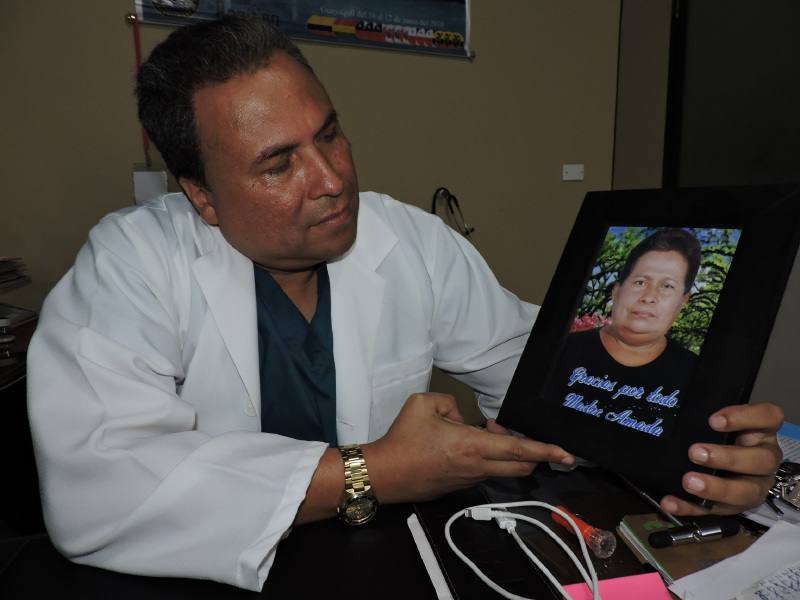 Roberth Loor looks with nostalgia at the painting with the picture of his mother, Gladys Estrella Marquinez, a woman who dedicated 46 years of her life to teaching, which she left in 2009.

Loor highlights the life of his mother, who died last year at age 72, eight after retiring. With her salary as a teacher, she made her three children health professionals.

After her retirement, the teacher suffered liver problems. She died of cirrhosis.

Loor claims that she attributed the lack of payments to a retaliation of former President Rafael Correa towards the leadership of the National Union of Educators, of which she was a part.

Now, this professional psychologist indicates that from the Association of Human Rights Activists, of which he is a representative in Manabi, will seek to claim the rights of some 40 teachers who died in this province waiting for their money, and does not rule out suing Correa. (I)