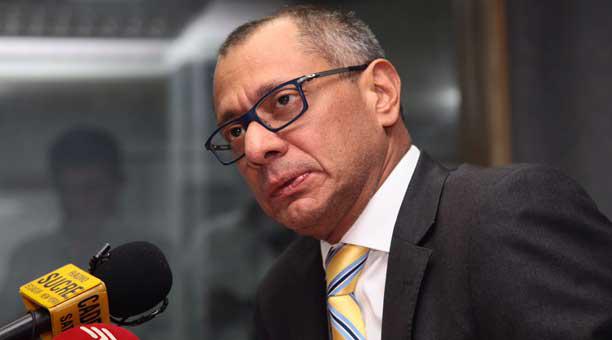 Vice president Jorge Glas will appear before the auditorium of the National Court of Justice. The hearing in which the Vice President will be linked to the Odebrecht criminal case is scheduled for tomorrow (August 29,2017) at 08:30.

The Attorney General’s Office will bring charges against him for an alleged illicit association, a crime for which his uncle, Ricardo Rivera, is also being tried. Former General Comptroller Carlos Pólit, who was initially investigated for extortion, is also in this group. Besides, four former directors of Odebrecht, two former officials of the state oil company of Venezuela (PDVSA) and three Ecuadorians will be linked to the corruption plot.

Among the shreds of evidence that Santos provided, there are audios and videos clandestinely recorded in which Pólit, Glas, Rivera, and businesspeople Gustavo Massuh, and José Terán Naranjo appear. The last two are imprisoned since last June. (I)